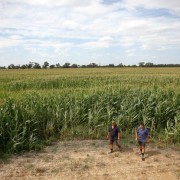 Maize farmers Richard and Peter Baker with their maize crop.

“It’s real name is maize but in some countries they also call it corn, depending on what it is used for,” Richard Baker said.

And Mr Baker should know, as he and his father Barry, mum Penny and brothers Peter and Paul farm 550 ha of the crop on their 2630 ha property Belgium, just outside of Howlong.

The Bakers also grow wheat, canola and lucerne, on a bigger scale, but decided about 10 years ago to give maize a go.

“We were looking for a summer crop to utilise our irrigation,” Mr Baker said.

“It is very costly to grow because it uses a lot of fertiliser because it grows so big, so fast.

“We get twice the yield that we do get for wheat but maize has twice the inputs.

“It usually trades at about $20 a tonne above the price of wheat but we end up with about a similar margin.”

Mr Baker said the family did grow maize for human consumption originally but decided to move to a new variety as part of their crop rotation.

“The crop they call corn is usually for human consumption and is a variety called grit, which is what is in Corn Flakes and that,” he said.

“We try to double crop, that is, put in wheat, harvest it and then put maize in, but as grit takes longer to grow than the variety we plant we don’t use it.

“Ours is mainly for stock feed and a little bit of that ends up for export; something which has only started in the last couple of years.”

The family business, called Belgium Seeds, sells mainly to feed mills in Melbourne but has now found a market closer to home.

“Rivalea in Corowa bought our maize for the first time this year and we will be selling over 50 per cent of our crop to them,” Mr Baker said.

“We get a better price in Melbourne but we don’t have the same transport costs (we had).

“And it means we can harvest and dry it in our big dryer one day and deliver it to Rivalea the next; we don’t have to store it.”

The Bakers current crop was put in during December and will be harvested at the start of May.

“You don’t need specialised equipment to harvest it, just a conventional header with different front on it, called a corn front,” he said.

“Maize is neither good nor bad when it comes to the effect it has on soil.

“A few people over the last two or three years have started to get into it, so it is growing in popularity.

“But our crop won’t get any bigger because we are pretty much maxed with the water situation and maize can only grow in the summer; it won’t grow in winter.” 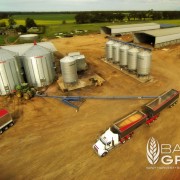 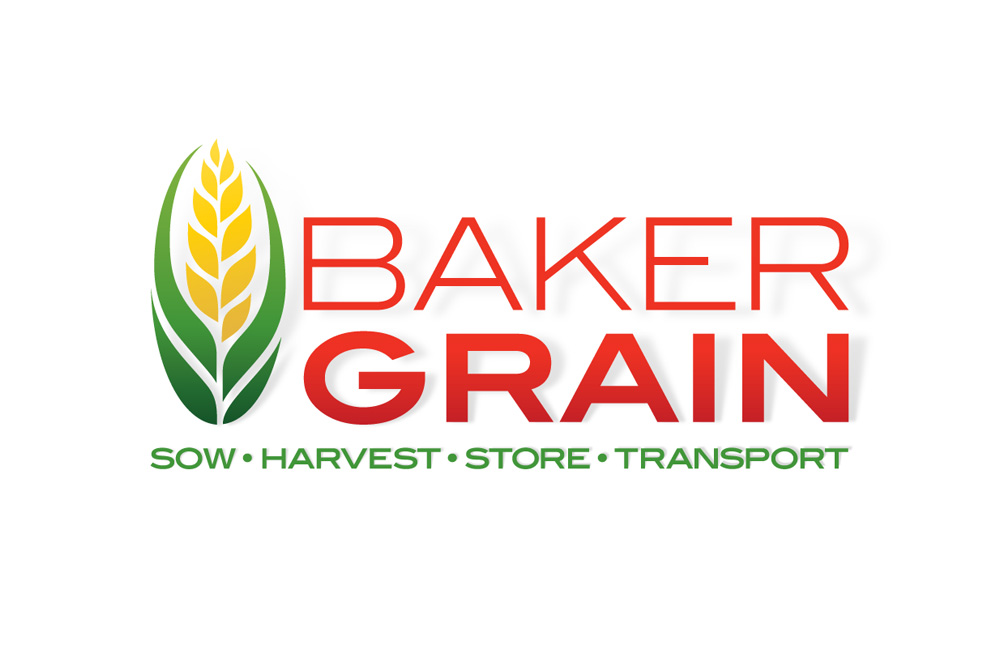 As you will notice, we’ve got a new logo created by Wmedia.

Please, provide us your feedback. Do you like it? We trust you will find the new layout easier to navigate and the new added features, such as the Latest News section informative and helpful.

Please feel free to contact us with any feedback on the new site.